AGILE is a Professional Network of the Chartered Society of Physiotherapy and is for therapists working with older people - whether qualified physiotherapists, assistants, students or associate members of an allied profession.  This website contains key information about AGILE, how to join and who to contact.

The mission for this association is simply:

'To deliver the highest possible physiotherapy practice with older people'

To provide a representative body of physiotherapists:

AGILE is a Professional Network of the Chartered Society of Physiotherapy with an elected National Executive Committee. The 1143 or more members are communicated with via a network of regions covering all areas of the British Isles, all of whom have representatives on the National Committee.

AGILE produces a journal called AGILITY twice a year, and a Newsletter after each of the National Committees meetings to update the membership of interesting and relevant issues

All aspects of the governance of AGILE are set out in our constitution and we hold an AGM. If you wish further information regarding this please contact us directly.

The History of AGILE 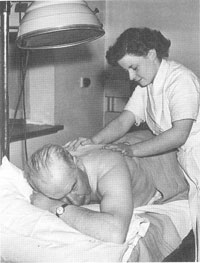 was formed in 1978 by a group of physiotherapist who wished to improve the practice of physiotherapy with older people, provide peer support and facilitate education.

In 1986, the Association changed its title to 'The Association of Chartered Physiotherapists with a special interest in Elderly People'. This was in order to reflect the developing role of the therapists working with older people both in hospital and the community setting, and the increasing emphasis on prevention and health education.

In 1995, the name was changed again; this time to 'AGILE - Chartered Physiotherapists working with Older People, with the 'IL' part reflecting the acute nature of problems often associated with this group. 'AGILE' was also the goal after therapeutic intervention. It was at this point that the need to promote research was recognised by inclusion in the objectives.

A history of the Association was produced in April 1999 in the form of a Commemorative Journal, to celebrate AGILE's 21st anniversary.

In 2023 AGILE will celebrate its 45th Anniversary